Mixed Rigid Plastics are composed of post consumer bulky plastics discarded by residents into the municipal waste stream. They are often not included as part of a recycling program and not officially accepted however end up at the MRF anyway, forcing the sorting facilities to deal with them. Rather than pay to landfill this valuable resource, MRF’s started baling it and sending it to companies like Scrap Management for sorting, washing and grinding. Common components are buckets, trays, crates, Tupperware. Things to keep out of MRP  are garden hoses, flexible packaging (film) and non-plastics (fiber, glass, metal).  Send pics for feedback on quality. 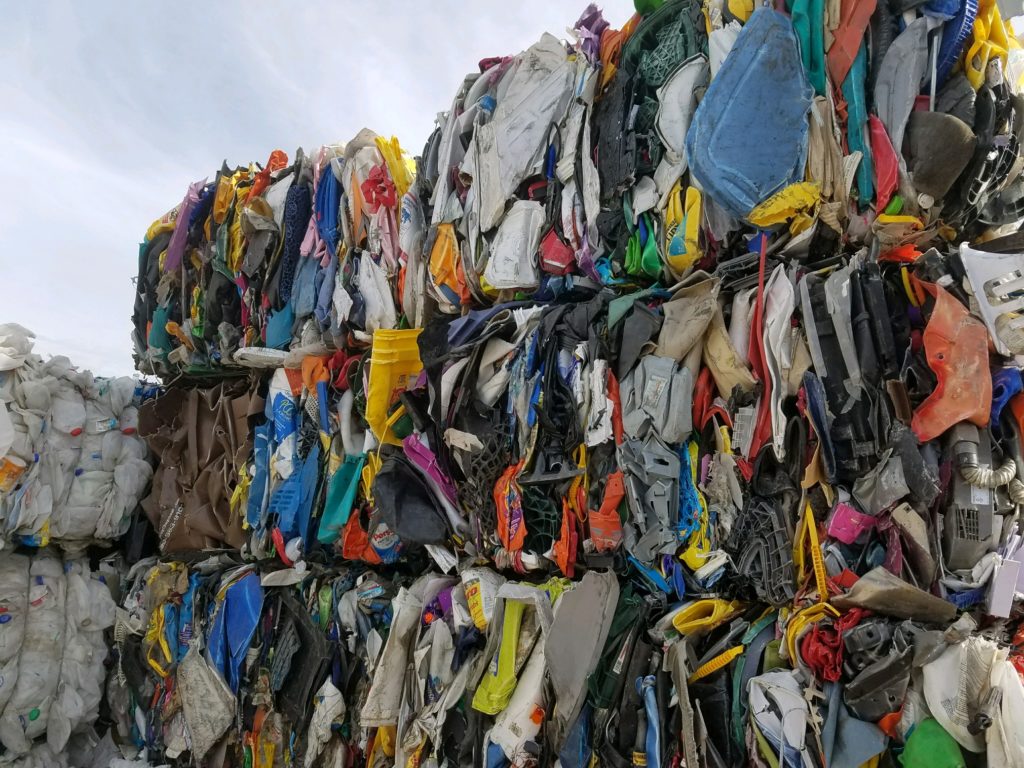